My niece was visiting from her home 6 hours away.

I love it when she visits.

She loves to paint and draw, and one day as we were clearing my P O Box, we walked past a shop selling art prints.

I had been to my P O Box many times over the past ten years and never noticed the shop, so I wondered if it was a "pop-up" store.

I was also reluctant to go in because I knew my niece would find things she liked, which I would buy for her and would end up costing me a lot of money!

However, she convinced me to go in, "just for a look."

The owners name was Alistair, but like in a line from a song he said, "just call me Al."

Originally from the US, in the 1960's he had been part of the London Art Scene and knew Yoko Ono and John Lennon.

Now he was semi-retired and he sold prints of the thousands of photos he had taken over the years.

I was amazed to hear that the store had been there for over ten years.

I had never noticed it - even though I had purchased items from his wife's antique store next door!

Art always has a greater meaning when you hear the story behind it.

Al had a story behind every shot.

He took a picture of a weird looking electric guitar his friend had made.

It looked like it had a vacuum cleaner hose attached to it, which we discovered later was the built in voice box, like Peter Frampton used in the 70's.

I bought the print for the guitarist in my band who was heading back to Seattle.

My niece couldn't decide between one of a Joshua Tree cactus Al had taken during a trip to the Arizona desert and some amazing graffiti on a bridge in London, so I bought them both for her.

I was drawn to a picture with the word "Love" someone had scrawled on the pickets of a white fence with a Sharpie pen.

I was considering buying it, when Al shared the story behind it.

It was taken in a nearby area that was gentrifying.

Wealthy people were buying up 100 year old wooden villas and modernizing them.

But when he told me that the open welcoming white fence was now long gone and had been replaced with an impersonal sheer wall, I was sold. 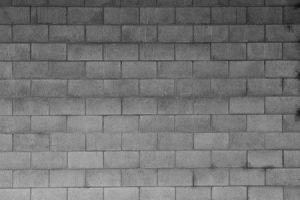 Just like the cold sheer wall that replaced it is saying "Keep Out," I felt the fence with "Love" scrawled on it was saying "Love lives here, so welcome!

Come in, throw your shoes off, curl up by the fire and make yourself at home ... "

Yes I realize I'm getting a bit carried away because the word "Love" was probably not written by the owner, but by someone passing by!

What Was A Community Is Now A Society

To me the picture made a statement about how we used to live in an inclusive community where we had a relationship with our neighborhood grocer, baker and butcher, but now we live in a society where the anonymous underpaid checkout girl in the supermarket is different every time.

and how we need to stay connected to one another to be happy and healthy.

For surely the point of this short, difficult life is …

to Live,
to Love,
and to leave a Legacy?

When we are gone, all that remains is our love in the hearts of those left behind.

Yes, I got all that from a picture of some hastily scrawled graffiti written on a white fence!

My wish for you reading this is that you will discover, experience and share some Love today.