We Attract Who We Feel We Deserve

I saw the Facebook® post headed "There Were Times When I Wished He Would Hit Me" in Elephant Love, Dating & Relationships Group.

What I went on to read was pretty shocking, and far too common.

We Attract Who We Feel We Deserve & We Put Up With What We Feel We Are Worth.

It's dangerous because in my experience people who are in unhealthy relationships are extremely defensive and if you try and point this out to them they sometimes attack (and sometimes abuse) you.

I understand that – I wouldn't want someone casting doubts over the health of my relationship – especially if I'm having big doubts myself.

It's also a coaching rule that you can’t (and shouldn't try to) help those who won't, or aren't ready, to help themselves.

If you try and solve people’s issues without being invited, you may consider that you're being an angel but to the recipient of your unwanted help you may appear as an interfering demon.

So, I understand people not wanting other people to get all up in their business.

Abusive relationships happen everywhere there are people: at work, in families, within marriages, between same sex partners, women vs men … but because the most common Intimate Partner Violence seems to be between men and women I'm going to focus on that.

If it's just one person being abused, then although family, friends and society are affected, I can justify keeping my nose out of it, but when children are involved it's very sad.

If a husband abuses his wife, what is that teaching his son?

When her Mom is put down right in front of her, what is she showing her daughter?

When I was involved in the church we did some work helping at the local women's refuge.

The look in the eyes of the women and on the faces of the children, told you exactly what they'd been through.

In the case of men abusing women, part of it can be attributed to our macho society.

If a “man” feels bagged by his buddies, put down by his boss, or belittled by his bank Manager, he may want to exert his authority over someone to feel like a man - so gutless men take their feelings of inadequacy out on those that can't defend themselves or won't stand up to him.

And “weak” women who “love” these men go along with it.

A gutless man + a weak woman = a very destructive combination.

But the worst part is, the children who live with these relationships repeat the cycle and grow up to be gutless men and weak women.

I heard a statistic recently that shocked me - half of Police callouts here in New Zealand (but I'm guessing in most places around the world) are for what we call “domestics.”

What's worse is that in 2 out of every 3 callouts, children were present.

Add to this the fact that 80%+ of domestic violence goes unreported, and you have the proportions of an unbelievable epidemic, so the chances are very good that you know someone who is in, or has been in, an abusive relationship.

Although men are the overwhelming perpetrators, it's not always started by men.

One friend told me that she used to scream at and belittle her ex-husband to the point where he became physical because she wanted to be hit.

A world acclaimed 45 year study called the “Dunedin Study” found that women were just as likely as men to engage in aggressive behavior with their partners.

The finding was controversial but backed up by extensive research.

I guess the difference is that women tend to use their tongue’s rather than their fists, and the bruises that words leave are not so obvious?
I had a coffee with a friend recently.

While we were at the café, she received a call from a friend and she chatted for a while, before ending the call by saying, “Ok, I’ll go visit her.”

When she got off the phone I asked her what she was talking about.

She casually informed me, “Oh one of my friends has just been put in hospital by her partner.”

By ‘put in hospital’ she meant beaten.

What shocked me was she didn’t bat an eyelid.

It was just like she was relaying an everyday piece of information, not a violent assault, and it was then I found myself wondering about her relationship history …
The Facebook® post I mentioned included the line, "abusers need to have power over someone else to help them feel better about their own deficiencies, low self-esteem and feelings of inadequacy.”

I posted a comment “and victims need to feel powerless to help them feel better about their own deficiencies, low self-esteem and feelings of inadequacy.”

I wrote this not to blame the victim, but to make the point that “like attracts like.”

The abuser and the abused are both wounded people, with an unhealthy “need” for each other.

Victims need to take responsibility for their part in the relationship dynamic and when they do so they are no longer victims.

Someone who is scared and insecure needs to control and so they seek a partner who is scared, insecure and wants to be controlled.

They both need to get in touch with their fear.

Someone who is frightened and afraid may choose to bully and seek partners who are frightened, afraid and ok being bullied.

Both parties need to get in touch with their old buried feelings of being put down, shamed and bullied, because abuse, just like any compulsive behavior is not about the bottle, the drugs, the gambling or your partner.

It's about you trying to get your head around and rewrite the story of your early life with a “happily ever after” ending.

But this time, instead of your Father being a bully and it all ending badly, now it's about you and your partner and your kids.

You're desperate for it to turn out okay this time round, because that will help erase the wounds of the first time and you won't have to own and confront all the messy yukky feelings you've been carrying around all this time.

This is why it's so hard to leave - because you're asking them to leave the secure, known, comfortable part of their hurt, confused, messed up selves.

The problem with chaos is that if it feels normal you will be attracted to it, and if you can't find it you will create it to feel safe.

If we don't know what love looks like or feels like, we can be hooked by powerful emotions that we mistake for "love."

But this isn't love – it's fear based attachment, which describes the dynamic of an abusive relationship.

This relationship hooks you and the feelings keep you blind because it's not about the person in front of you now – it's about trying to rescript, replay and do-over your past.

This is why it's so hard to talk sense to someone hasn’t dealt with their neglected, abusive childhood.

Emotions don't make sense to them because the healthy connections aren't there – so they can't see through, or imagine life outside the crazy bubble they're living in.

The Answer To Every Problem Is Awareness

One very good friend of mine who was the subject of domestic abuse, told me that what helped bring her to an awareness of the seriousness of her situation and its effect on her children, was keeping a diary of the abuse, so when she was tempted to dismiss it she could look back and see how bad it really was and how often it occurred.

Responding to my Facebook® comment, another lady posted that, “if people would stop abusing, the cycle would stop,” and suggested I watch a Ted Talk by Leslie Morgan Steiner.

So I told her I would watch it, and I did.

Then I replied to her with what I hoped she could detect was kindness;

Speaking of awareness, at 12:02 in the Ted Talk by Leslie Morgan Steiner, she says, "One final sadistic beating broke through my denial."

She also spoke of how difficult and dangerous it is to leave an abusive relationship.

I understand it's complicated, but for the sake of the children born and not yet born, all I can do is beg and implore the women I love to heal themselves so they can see that;

You're worth more than this -- 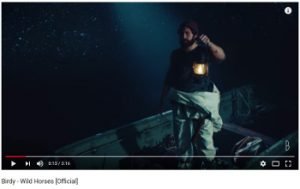 P.S. What Happened To You Is Not Your Fault, But Now It's Your Responsibility.

If you relate to any of this there is lots of help around when you're ready and willing to look for it.

If you've had a childhood of neglect, find a good therapist or a smart Coach, and deal with your old hurts so you can heal your battered self-esteem and inoculate yourself, and your children, against unhealthy relationships.

Please feel free to drop me a line or post on our Blog here.