The Beatles, Drag Queens & A Kitten

I am sitting down eating my kebab overlooking the library and the park.

I have just bought a house here, and don't really know anyone.

I am enjoying the trees, the sunshine and feeding the birds hopping around my feet waiting for a juicy morsel.

Out of the corner of my ear I hear a deep soulful voice singing Let It Be by the Beatles.

That song is special to me because it was one of the favorites of my greatest teacher - a Tibetan Lama who now lives in India, who I no longer get to see. 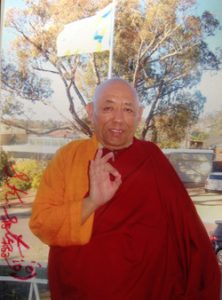 I miss him a lot.

He lost 12 family members during his escape from Tibet.

I asked him once about the people I've lost in my life, “that's impermanence,” he said.

I couldn't decide whether to go over to these guys and say “Hi,” but when I caught the strains of a deep soulful voice, an electric ukulele and an electric guitar, the combination enchanted me.

I walked over to the two guys sitting on a park bench in the sun.

“Sounds awesome,” I opined, we chatted for a bit about music and guitars before I said, “I've got a drum set at home – would you like to come over and jam?”

They told me later that they were surprised by my invitation because I'd just met them, and I told them I reasoned that, “anyone who can sing and play like that has got to be good people.”

What followed was a wonderful six weeks.

We practiced at my house, sometimes three times a week, we played the local markets, we played at a wine and food festival, we got offered gigs.

Then last weekend out of the blue, the lead singer quit the band because of health issues.

I felt pretty low about that because I've just had one of “those weeks.”

You know the sort?

A week where you endure an emotional catharsis and each issue tumbles over the other setting themselves off like dominoes driving deeper into your heart to shake the place you hold the stuff you would rather leave unresolved and prefer to run from your whole life.

It was all kicked off by a delayed reaction to moving house.

I know moving is stressful, but for me moving seems especially unsettling and kicks up a lot of other unrelated garbage.

The question is: what do you do with all that stuff?

If you're a drag queen, you channel that into drama + A.D.D!

Don't get me wrong, it's my guilty pleasure to be distracted by the histrionics and cat fights on RuPauls Drag Race (Next Top Model for drag queens).

But what do you do when you have a dream and it ends?

What do you do when you lose something precious?

What do you do when the “stuff” hits the fan?

Yes we can direct our own soap opera where, at the end of every episode, we end up the injured party.

The clips for next week tease the viewers so they tune in to find out how we always manage to end up throwing our hands in the air, shouting, “Why me?!” with a completely different set of dramatic circumstances.

The loss of the band may only be temporary, but it feels like when a whirlwind six week relationship ends with you and your lover both “taking a break,” which you tell yourself will be just a short “time out” but in your heart you know is permanent.

All this left me feeling pretty low, burnt out and adrift in a new neighborhood.

As I was mulling over how I was going to process all this, the bright spot in my week was looking forward to spending the afternoon with my darling niece on Sunday.

She was on holiday with friends a few hours north and was going to be dropped off at my house at 11am before her parents picked her up, so I had planned my day around that.

By Sunday morning I hadn't heard from her.

Her Dad txtd me asking if I'd heard from her and what was happening (Teenagers!)

I hadn't heard anything and needed to get to the SPCA before they closed because new kitten was running out of exclusive and very expensive food.

After returning from the SPCA, darling niece txtd me saying they would be a bit late and would txt me when they were leaving.

I was disappointed, but consoled myself by thinking that at least I would get to see her for a little bit.

Then she txtd again, she wasn’t going to be dropped off at my house now, she was going to her friends and her parents would pick her up from there on the way up to see me.

It was about now I was guilty of wasting time and looking at Facebook on my phone.

I saw this poster. 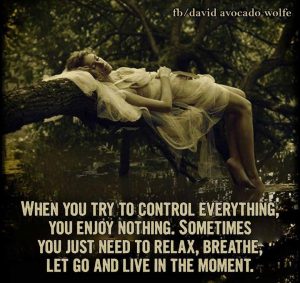 “Hold things the things you love lightly,” was something my lil’ brother said to me years ago about how to avoid getting trapped by the weight and disappointment of expectations.

I had endured a week feeling frustrated by my expectations, so I determined to let go.

Remembering how precious she is to me and thinking I wouldn't get to see her, I sent her a txt, saying that I missed her, if I got to see her that would be great, but if I didn’t, I hoped she had a great time with her friends.

Two hours of wasting more time on the Facebook app, etc. and her parents pulled up in a car with tinted windows.

I couldn't see if she was there or not.

She was with them, she had come especially to see me.

We all had an awesome day.

Now I'm awake lying in bed writing this on my phone at 4am after getting up to check the cat because it's the first night he's been allowed to run free outside.

But that's ok because I'm learning to hold the things I love lightly.

And whatever the week holds I know I’ll be ok.

Wishing you the best of weeks,

View all posts by: Jessica