Life Bugging The Heck Out Of You?

Once upon a time on a hot sunny day a King left his palace to take a look around at his Kingdom.

The King rode his magnificent stallion through the villages and hamlets, but as the bright day wore on, the horse became very thirsty.

So the King asked a monk walking down a green country lane where he might be able to water his horse.

The monk replied, “there is a well beyond that hill where you will find water your Majesty.”

“Why thank you for that fair monk! Now you may ask your King for a favor!"

The monk replied, "It would not be right for me to ask a favor of one of my slaves."

"How dare you speak so disrespectfully to the King!" shouted the Kings bodyguard, and drawing his sword above his head proclaimed, "you best explain yourself sir - or you will certainly lose your head!"

The monk calmly replied, "I have a slave who is the master of your King."

"Who is my Master?!" shouted the King.

We don't know if the monk lost his head, but this story probably didn’t happen and it's the moral we're interested in anyway! 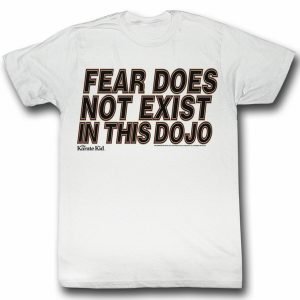 In our society I think the general message I pick up is that I shouldn't feel fear.

There was even a clothing line called “No Fear” – I've got one of their T-shirts myself.

But if we're honest, we're all controlled by fear.

And that's what's kept us alive.

If you didn’t stop sticking your fingers in power sockets, refrain from jumping off tall buildings and stop yourself driving the wrong way up the freeway you wouldn't be here!

And if your ancestors didn’t run from tigers, avoid snakes and stop playing with poisonous spiders, they ancestors wouldn't have survived either.

But fear of mortal danger isn't the sort of fear that causes us problems – it's the nagging worry, the underlying anxiety and the restless feeling that something is wrong - but we just can't seem to put our finger on what.

Meditation teacher Jack Kornfield, got a good laugh from his audience when he said;

“If you can sit quietly after difficult news, if in financial downturns you remain perfectly calm, if you can see your neighbors travel to fantastic places without a twinge of jealousy, if you can happily eat whatever is put on your plate and fall asleep after a day of running around without a drink or a pill, if you can always find contentment just where you are - you are probably a dog.”

So what's the answer to this nagging feeling of discontentment?

I was surfing the net looking for a way to open up the hard drive in my car, when I somehow landed somewhere about how to study for tests, and how to manage worry when you're sitting that big test the next day.

It talked about something I'd never heard of – “worry time.”

The article said that research has proven that people who use a “worry time” find themselves worrying 35 percent less within four weeks!

The way you do it is:

1. Set aside a specific time each day to think about your worries.

2. During the day if a worry intrudes into your mind, you write it down and tell yourself that you'll worry about it during your “worry time.”

I haven't tried it yet, but if you'd like to give it a go please comment below and let me know how you get on!

So if I don't do that, are you wondering how a Life Coach deals with nagging worries?

Now that I think about it I've realized that I do try and let worries go and tell myself I'll think about them later, and this is what meditation allows you to learn to do - when thoughts arise during meditation you learn to let them be and they usually wander off.

But if something is a nagging anxiety that interferes with my day and starts showing up in my dreams it's worth a closer look.

I have learnt that if my worry and stress is out of proportion to the size of the problem then it's usually about something else.

I think this explains a lot of my stress.

And it's a lot more common than you might think – in fact I think it happens every day.

Shall We Shack Up?

Here's one example; let's say I would like to move my relationship along to the next level and move in with my partner.

However, my partner is not picking up my cues, hints and requests for conversation – maybe because she knows what's coming and is not ready to take that step? 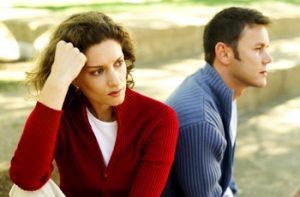 Now here is an important part of the transference equation – if I am not aware of the stress and fear my partners reluctance is causing me, my mind will look for things to “transfer” this fear on to.

So while I'm having these issues with my partner, I can't seem to stop myself growing increasingly annoyed with my best friend.

I've texted her (twice!) and she is not responding.

This is making me really upset.

She Is Driving Me Carzy!

Here is another clue – my response to my friend ignoring my texts is out of proportion.

I can't stop thinking about her selfishness and I hear myself snap at my kids, my co-workers and the cashier in the grocery store.

I wake up in the middle of the night and can't get back to sleep because I feel so angry with her.

Is the fact that my friend hasn’t responded to two texts such a big deal?

What is this really about?

And I'm taking out my frustration with both of them on my kids, co-workers and cashiers.

When it's written out like that, it's easy to see what it's really about.

It's also much easier to see when it's not happening to you.

Which is another reason why it's easy to be a Coach and much harder to live like a Coach!

Because it's much easier to see what other people need to do than it is to do the right thing yourself !