The Simple Secret To A Happy Life

As a child I couldn't wait to grow up so I wouldn't have any problems.

having to go to bed early,
not being able to eat ice cream for dinner,
and running out of comics to read.

I remember telling my Uncle that I was looking forward to getting older and not having any problems.

He informed me that I would solve my childhood problems but that they would be replaced with adult problems.

And he ominously implied that adult problems were much bigger than childhood problems.

We all have worries: the poor, the rich, the young, the old, the weak and the powerful.

If you are poor, you want more.

If you're rich you worry about losing it all and being poor.

If you are anonymous, you want fame.

If you're middle class, you want a bigger house and a better car than your neighbors.

When you're young, you want to be older.

And when you're older, you want to be young. 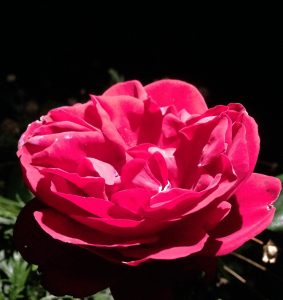 At the risk of stating the obvious, if you're reading this, you're alive.

And when you're alive, the deal is you're not always gonna get what you want, when you want it.

It sounds pretty immature and hedonistic, but basically what we're all aiming for is pleasure all the time without any pain.

When we were very young and things didn’t go our way, we threw a “tanty.” (some adults still throw tantrums!)

Like a self justifying criminal who steals because he feels he deserves it, secretly we wish the rules did not apply to us.

We imagine there is some loophole, some exception to be made just for us because we've missed out on so much and had it so rough when everyone else seems to get an easy ride.

We wish there was a way out or someone to rescue us from having to deal with our mind and our situation.

But when we resist, we’re on the losing side, because “life’s a bitch, then you die.”

Old age and death are like two tigers; one - hopefully both - are going to get you.

1st Tiger: You're Going To Die.

If you're not feeling really depressed, this thought is a bit of a bummer.

But this also means that all your worries are temporary …

You never know when your number is up, but you can also enjoy riding this tiger.

The knowledge of the inevitability of your passing, can bestow appreciation, wonder and meaning to every moment, even something as every day and profound as kneeling down to kiss your child’s forehead.

My brother has a great philosophy - when you're worried, ask yourself;

“What's the worst thing that can happen?”

“That's going to happen anyway, so why worry?” 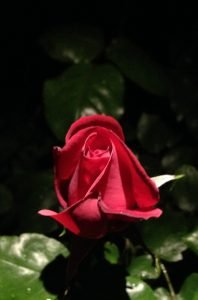 Ram Dass was a successful Harvard Professor in the ‘60’s who grew disillusioned with academia, so after dropping a lot of acid, he left his well-paid, respectable life behind and struck out on a spiritual path.

He wrote a book called “Be Here Now” and swapped his Harvard students for hippies.

But “life happens” to everyone, including spiritual leaders.

At 66 he was doing well and he had just bought himself a new BMW.

That night he had a stroke which paralysed him and confined him to a wheelchair.

He says that at this point, he had a choice to make:

"I can either be a “driver” - which is gonna make me suffer … or somebody who is chauffeured."

He could sit in the passengers seat full of anger and resentment, or he could relax, look out the window of his shiny new car and enjoy being driven around.

This little story is the key to dealing with life, and the secret to not growing bitter and twisted by the problems, losses and broken dreams of your life:

If you were driving home one afternoon, had car accident and lost the use of your legs but you could completely accept by tonight that you would never walk again you wouldn't have a problem.

Not saying it would be easy to do.

Not saying I could do it.

But the theory is sound.

And people have done it.

It might take longer than an afternoon, but there are people in wheelchairs who have come to accept their situation and are ok with it.

I read a study that said after two years, most lottery winners and most people in wheelchairs were about as happy as they were before their “accident.” (!!!)

Sadness is a fact but suffering is optional.

You're not gonna get what you want all – or even most – of the time.

People you love are gonna leave you and die.

Many of the dreams you have in your 20’s are not gonna be realized by the time you're in your 60’s.

Life is sad, but suffering is optional because suffering only arises when you resist your life.

Rudyard Kipling wrote the famous poem , “If,” which includes the lines:

“If you can meet with Triumph and Disaster
and treat those two impostors just the same …”
(basically you'll be cool.) 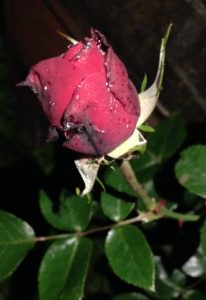 Acceptance, with a dose of impermanence.

‘Til next time, be cool, and try not to resist your life.

And remember everything that's not wrong.

I'm writing this to myself as much as I am to you. 🙂

Wishing you the very best of days,