India Is An Incredible Country.

Thousands of years of history, hundreds of languages and a welcoming home to every religion.

But in spite of all these differences, the people and cultures of India live in harmony most of the time.

Part of the reason is because Indians are very tolerant.

Even Hinduism, the “main” religion, doesn't actively try to make converts from other faiths.

So perhaps it’s no coincidence that this parable originates from India.

A group of blind men heard that a strange new animal - an elephant - had been brought to their village.

None of these blind men knew what an elephant looked like, but being a curious bunch of guys, they thought they would check it out.

The first man walked up to the elephant, touched the trunk and confidently proclaimed, "an elephant is like a snake!".

Another man’s hand reached up to touch its ear and decided that an elephant is, “like a fan!”

Another felt the elephants leg, and exclaimed; “the elephant is like a tree!”

The blind man who placed his hand on its side shouted that, "the elephant is a wall!"

Another who felt its tail, described it as “like a rope.”

The last felt its tusk, and said, “No you are all wrong! The elephant is hard, smooth and pointed like a spear!”

They all were right.

And they all were wrong.

And this little story illustrates the power of perception.

‘Truth’ Is What You Decide It Is.

This capacity to create our own reality by how we interpret facts is both the blessing and a curse.

It's a curse when we refuse to accept reality – when we are caught up in the human tendency of denial. 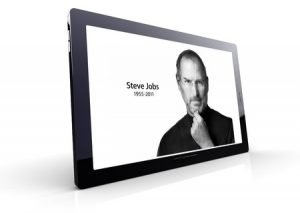 Steve Jobs strength was his ability to imagine how things could be and then create a reality that conformed to his vision.

His colleagues talk about his single-minded ability to dream the future and believe in it so strongly that he could convince those around him to make his dreams a reality.

His reality bending power meant that he could produce things no one had ever imagined – like a ‘Star Trek’ phone so powerful you can hold it in your hand and see what's happening on the surface of Mars!

But Steve’s greatest strength was also his greatest weakness, and I've often wondered that if he could have accepted his cancer diagnosis and chosen conventional treatments early on rather than retreating into a sort of denial, perhaps he may still be alive today?

So How Might We Be Able To Use Our Ability To Interpret Reality In A Positive Way?

I have a couple of examples ... 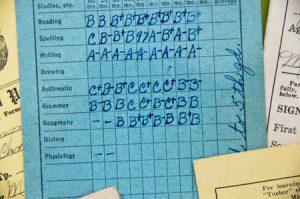 Both my parents were teachers, and because things were a little more relaxed when I was a boy, I accompanied my mother on and off to school from the time I was three.

A few years later, when I was about nine, I remember bringing home a report card of A’s, B’s & C's + probably an E for being disruptive in class!

Because my Father was a teacher, maybe his judgement was harsher than it would otherwise have been and when I showed him my report card, he quickly dismissed it saying, “that's not good enough! You can do a lot better!”

What was the message I took from my Father’s comment?

That I was an incompetent stupid failure?

I said to myself, “if I got reasonable marks and I wasn’t even trying - I must be brilliant!” 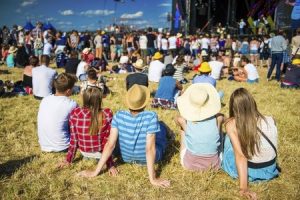 Back in my 20’s I wrote a lot of poetry and song lyrics.

I used to attend Music Festivals that featured a variety of artists, so one year I decided to apply to perform poetry.

My application was accepted and by the time the festival rolled around I was pretty nervous.

When my time came to perform, I quietly walked up to the tent flap, poked my head around the corner and peeked inside to see how many people were there to hear me.

And 4 were my friends.

I explained the absence of a crowd by consoling myself with the thought that “a ‘poetry reading’ doesn't sound very ‘sexy’ or exciting” and went ahead and did my thing.

Afterwards the only member of the audience who wasn’t my friend, sidled up to me and begrudgingly admitted that, “a few of your lines were ok.”

What message did I take from his review?

I thought to myself, “if I've performed 6 poems which had a few good lines and I've written over 6,000 … then I must have whole books full of awesome lines!” 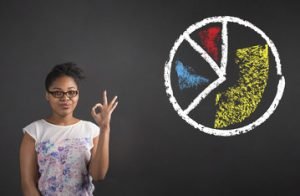 What Messages Are You Carrying From Your Life Experiences?

Does the loss of people you loved deeply, mean you're doomed to relationships of abandonment?

Do you feel that the breakup of your marriage was your fault, and does this mean you're unworthy of love?

Because people have taken advantage of you, does this mean that there is something deeply flawed about you?

How can you turn those messages around from a negative into a positive? 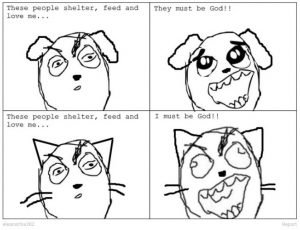 It's Not What Happens To You That Changes You – It's What You Decide It Means.

Life's experiences mean whatever you decide they mean and can be interpreted in whatever way you choose to interpret them!